Since 2016, there has been some road improvement in Canada.  Namely, the road from Inuvik to Tuktoyuktuk was completed in 2017, allowing travel by bike all the way to the Kugmallit Bay/Beaufort Sea.  Posted below is my "Dream Route" for this trip.  I am hopeful we can travel the whole thing, but as we learned in 2016.... make Plan A with a Plan B, Plan C and Plan D, to boot!

Funny are some of the thoughts that enter my mind, but two of the top logistical situations to plan for is an oil/filter change and a tire change.  I am thinking we will complete the westerly route first (Washington State, Prince Rupert, Anchorage), arriving in Fairbanks for the oil and tire change, before we do our first bit of dirt up the Haul Road to Deadhorse.  A set of Heidenau K60's will replace the highway tires, as the rides to Deadhorse, Top of the World Highway and Tuktoyuktuk will involve close to 1,800 miles of gravel road.

Audra and I will have to figure out how much of this trip she can do.  As a School Administrator, she only gets 4 weeks off in the summer.  We might have to fly her to Anchorage, where I will pick her up and she can do 60% of the trip with me.  Time and planning will tell...... 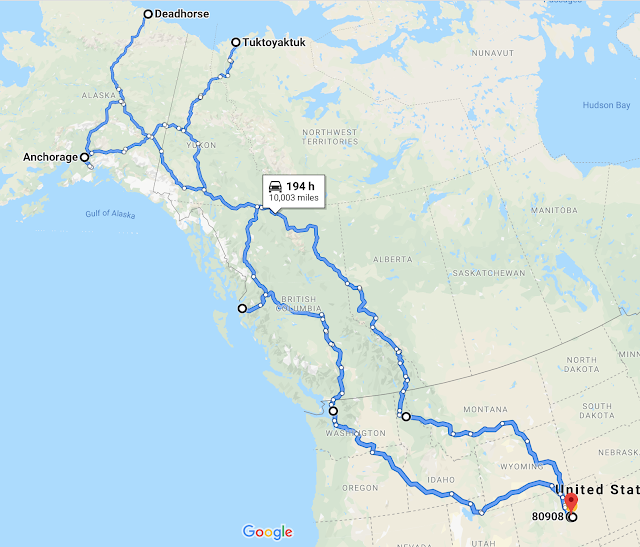 Posted by John Lane No comments:

It is August 11, 2019.  A lot has happened in the past three years, to derail another trip to Alaska each year, but Audra and I have recommitted ourselves for 2020.   We will resurrect all the planning that is detailed and outlined in all the early posts from 2016.  (Go back and read those if you are interested, as I will not repost them.)

In 2017, a new job got in the way.  Going in to 2018, the company that I had co-founded went to market and I was completely covered up.  Then over Memorial Weekend, I took a dive that resulted in a broken neck, broken back, 5 broken ribs, torn MCL in the left knee and over-all general body and brain trauma. 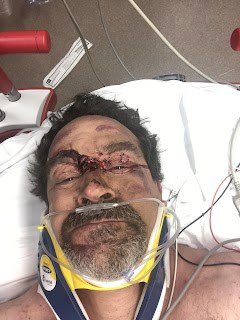 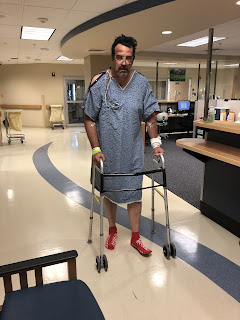 2019 also brought us a new steed!  More and more the electrical Gremlins reared their ugly heads on the BMW.  After being left stranded on local trips, for the 3rd time.... I was done.  Up on Craigslist went the bike and I wished her bye-bye to the new owner.  Research and shopping then began.  I eventually landed on a new Honda.  Unknown to most enthusiasts, Honda built a big adventure motorcycle for several years, a HUGE hit in Europe.  In 2016, it was brought to the USA.  In every respect, the VFR1200X is a straight-up competitor to the BMW-GS, even having a shaft drive, spoked wheels, and 19" front wheel.  It was an instant love affair and I snagged her, brand new, off the showroom floor at Apex Sports in May of 2019. 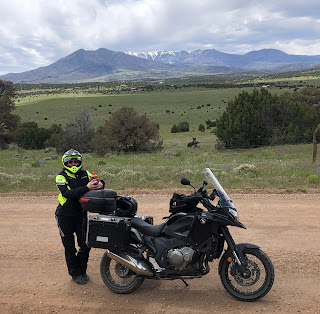 Having some serious, adventure wanderlust, I planned a trip to Montana and Canada for the summer of 2019.  I felt it would be a good test for Audra and I to see if we still had our "Adventure Mojo".  I had always dreamed of retracing the steps of my father, Joe Lane, as he and his best friend made a trip to Banff and Lake Louise right after their Freshman year in college... in the late 40's.  We drove our Ram pick-up and camper up to outskirts of Glacier National Park in Montana, setting up a base-camp.  We then rode the Honda into British Columbia and Alberta.  Three days we explored the Canadian Rockies, before heading back to Montana.  It was a 1,000 miles on the Honda and we did great and had a blast. 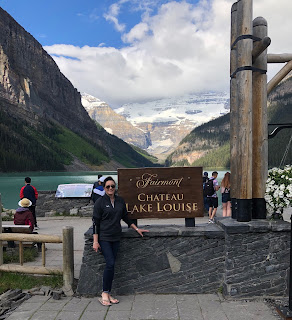 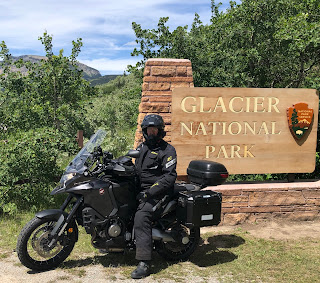 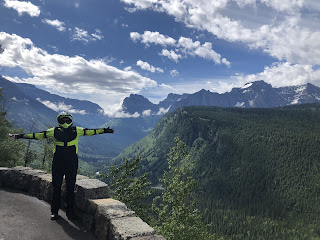 
Posted by John Lane No comments: 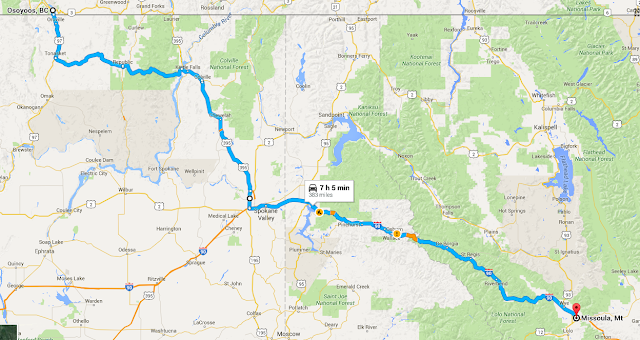 The route above was to be our exciting ride through the Montana and Washington mountains to finally cross the border into British Columbia.  But at a stop light in Spokane, the transmission on the BMW broke and would only shift upwards, eventually locking up in 6th gear.  After many trying to help on a post on ADVRider, I decided there would be no easy fix.  The transmission would have to be opened up to find the issue and likely, extensive work.  If the local BMW shop had been open on Monday morning, I would have allowed them to take a look, but they were closed on Monday.  I decided to rent a Uhaul, bag the trip and haul the bike home.  So here we are on the Wyoming border, having driven half way home, with Colorado Springs in my sights for a Tuesday arrival. 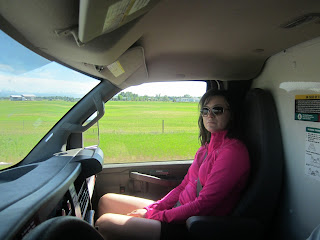 Bummed.... Yep, I am very disappointed that I was not able to experience Alaska, but these things happen sometimes and we just have to go with the flow.